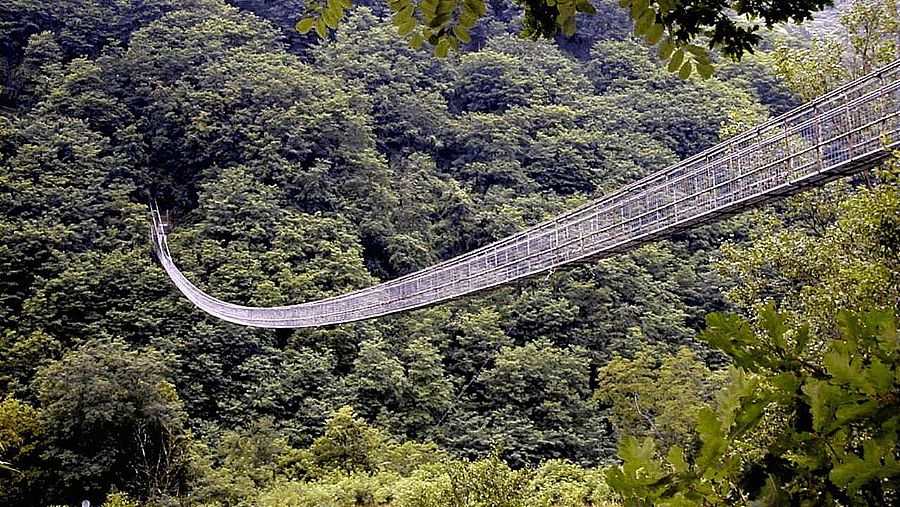 A thrilling pedestrian bridge for some, a fear-inducing sight for others, the Suspension Bridge at San Marcello Pistoiese is a marvel. Sometimes called ponte sospeso delle ferriere (of the ironworks) or ponte di Mammiano Basso (the district of San Marcello Pistoiese), it opened in 1923 for the workers from Popiglia to reach the factories on the opposite side of the valley. Without it, they would have had to walk six kilometers (3.7 miles) each way to get to and from work. The bridge was started in 1920, and is suspended 36 meters (118 feet) above the valley.

It was given maintanence in 2004 that included updating it with modern safety features, and in 2014 lighting was installed for night-time illumination. It was the longest pedestrian suspension bridge in the world, confirmed in the Guiness Book of World Records, until 2006 (when Japan opened the Kokonoe Yume bridge).

The bridge has free access, and there is an ample parking area with a cafe and small lake.

Haven't visited yet? Have questions about Ponte Sospeso Footbridge? Ask them here!

Enjoy the comfort of a vacation home in San Marcello Pistoiese.