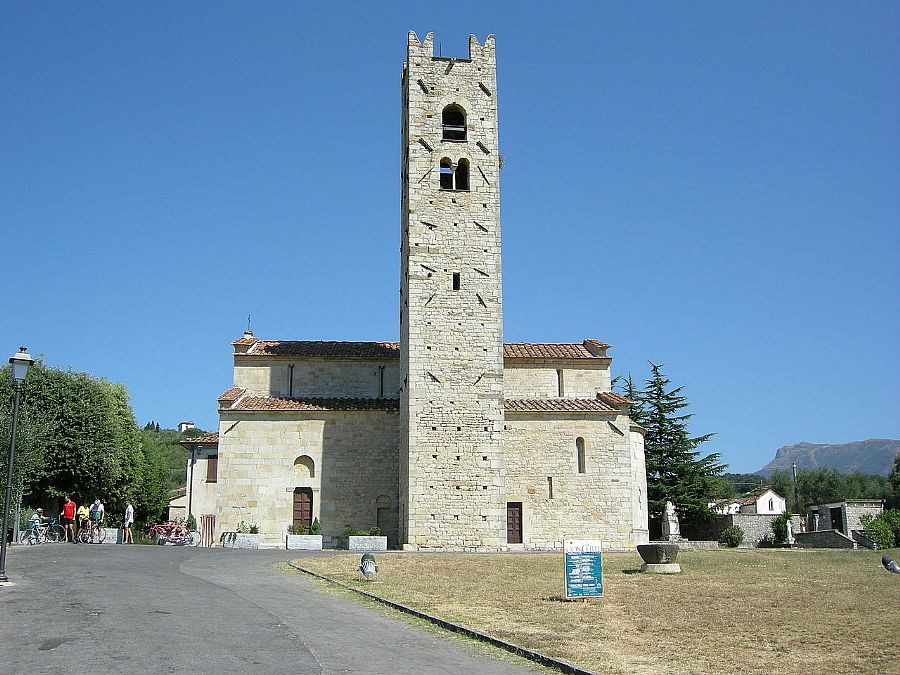 The church of San Pantaleone a Elici is an ancient Romanesque structure that dominates the hills of Massarosa. It is located in the location that gave its name: Pieve a Elici. The origins go back to early evangelization by St. Frediano; for certain, the church was named in a document in 892, so it was already in existence then.

San Pantaleone is on a crag and enjoys splendid panoramas over the Massarosa plain as far as the Lake of Massaciuccoli and the Versilia coast.

The Latin-cross plan has three naves and a semicircular apse, this version of the church dates to the 12th century when the Pieve was rebuilt, preserving an original wall of the first structure.The splendid carved marble tryptych on the high altar of the Madonna, San Pantaleone and St. John the Baptist is from 1470. The church gained importance through the centuries.

The church is a jewel of Romanesque style and its bell tower has distinct crenellation.

Haven't visited yet? Have questions about Pieve San Pantaleone Church? Ask them here!