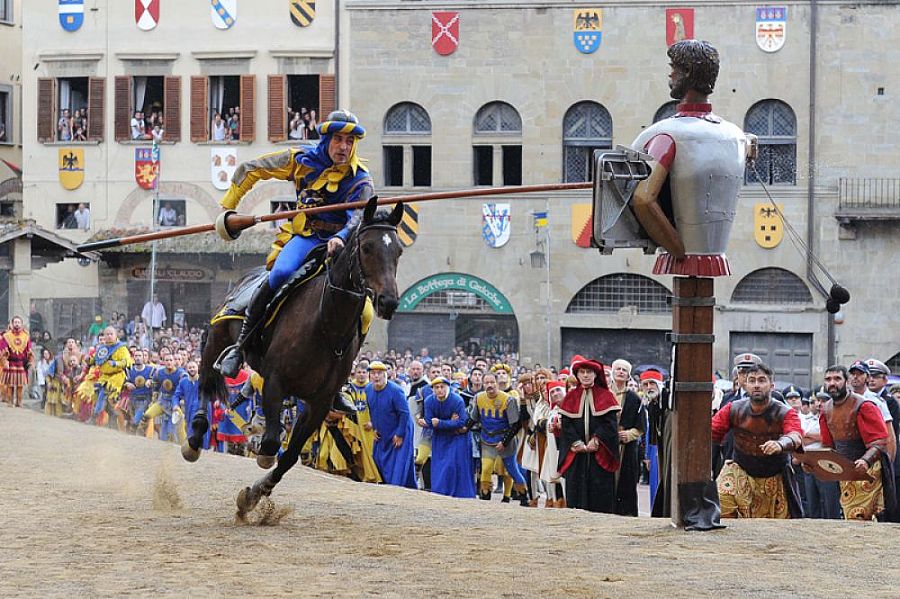 Every year the atmospheric old town of Arezzo turns back the clock to the Middle Ages and re-enacts the colorful and intriguing Joust of the Saracen. It is a Palio event, not unlike the famous one in Siena; while it involves running horses on a tight track, this one also involves the skill of the rider in aiming a long, heavy wooden lance at a target. It is a thrilling event, and one that puts the four historic quartieri of Arezzo against each other in the competition.

The Giostra del Saraceno has been held for many centuries. It was mentioned by Dante in his Canto dell'Inferno, and still follows the same basic program. The joust itself is preceded by ceremonies, dinners, and -a real highlight- a glorious costumed parade of hundreds of participants through the gorgeous streets of Arezzo. Flag thrower and musicians accompany them along the way, as they depart from the Palazzo dei Priori and parade around town.

For more information on dates and tickets, see the Giostra del Saraceno website.

Enjoy the comfort of a vacation home in Arezzo.