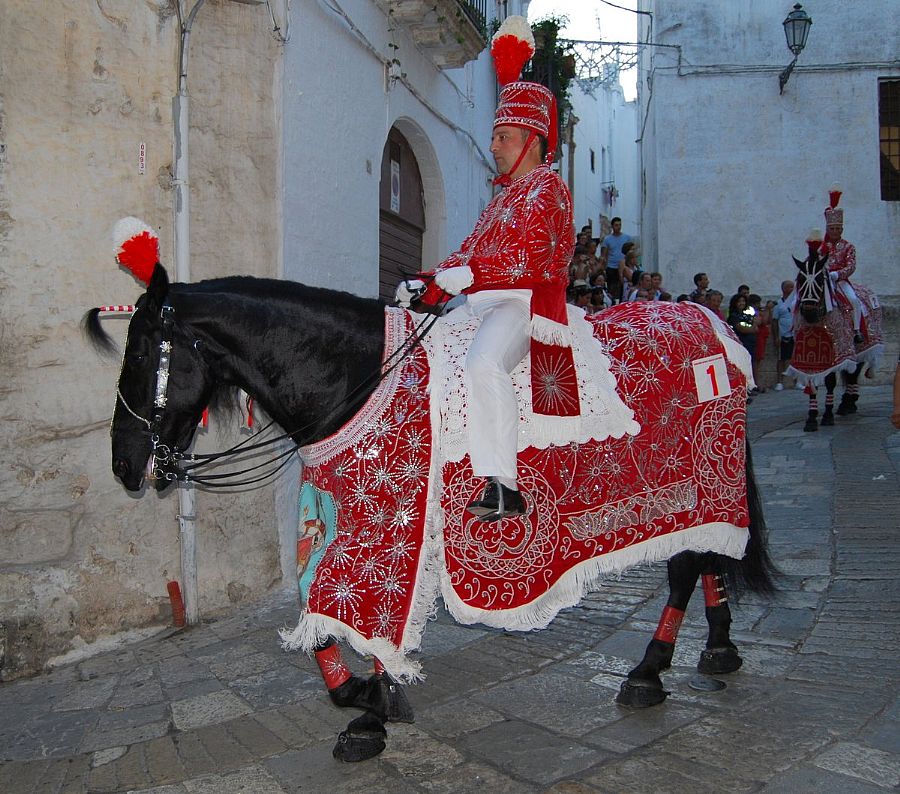 An historical and beautiful festival is the Cavalcata di Sant'Oronzo in Ostuni which pays homage to the city's patron saint. Dating back to 1657, the procession began as a way of showing gratitude and dedication to the saint who was believed to have saved Ostuni from the plague when it swept through Puglia. Since then, it has been an annual rite that is replete with ceremony and tradition.

The cavalcade is a three-day festa with knights on horseback dressed in red cassocks and white slacks with plume-topped hats. The horses are draped in intricately embroidered red shawls. They accompany the ornate silver statue of St. Oronzo (Orontius) a Roman convert to Christianity who was martyred under Caesar Nero.

The procession begins with a benediction of the horses and the knights, then snakes through the streets of Ostuni. There are elaborate arbors of lights, marching bands, music and of course food to be enjoyed as part of the celebrations. The Cavalcata di Sant'Oronzo is held August 25, 26 and 27 annually.

Haven't visited yet? Have questions about Cavalcata di Sant'Oronzo? Ask them here!