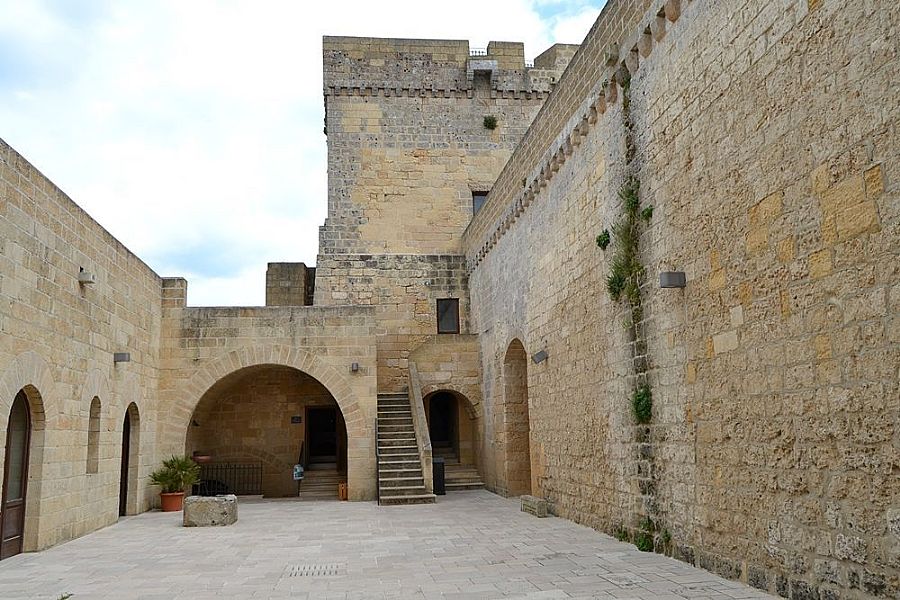 The centerpiece of old Castro is the dominating castle that caps the town. Built in the 12th century using remains of an older ruined Byzantine fortress, the castello was destroyed and rebuilt several times in the subsequent centuries.

King Charles I called it one of the ost important strongholds to the strategic defense of the kingdom of Naples. It was sacked in 1480 by the Turks and partially destroyed. It was restored by the Gattinara family who were feudal lords of the territory in the 15th century. Later on, a hexagonal fortifying wall was built, along with towers. A moat and drawbridge were added to further enhance its defenses.

The castle now houses the Castro Archeological Museum. Here you'll find intereting exhibits and artifacts from various epochs of Castro's history: prehistoric; ancient inscriptions of the pre-Roman Messapic language; from the Greek period there are artifacts from the sanctuary of Atena and a bronze statue from that period; along with displays of the Middle Ages and of the noble and feudal families that controlled the zone.

Find out more about the museum, hours and exhibits on their website.

Haven't visited yet? Have questions about Castro Castello and Archeology Museum? Ask them here!