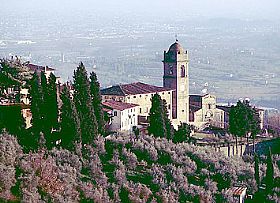 Capannori is located in the heart of Tuscany just a few miles from the delightful city of Lucca. The territory lies partly in the plain south of Lucca, between the foothills of the Apennines and the hills of Pistoia. The city is now a suburb of Lucca and was under its domain for centuries. The area just outside the city became a favored spot for the wealthy and noble families to have their villas and gardens, out in the countryside. You'll find many beautiful villas scattered around the zone, including Villa Guinigi, Villa Torigiani, Villa Mansi and the beautiful park of Villa Reale Marlia, which once belonged to Napoleon's sister, Elisa Bonaparte.

Capannori has a thriving center and some beautiful churches to visit. Santi Quirico and Giulitta is a 12th century Romanesque structure, while Pieve San Paolo is the oldest church in the area. It was partially destroyed by the Goths in the 500s, rebuilt then redesigned again in the 1200s, giving it the medieval look. Other Romanesque churches with long histories include San Gennaro and San Leonardo.

The name Capannori derives from the word capanna, meaning "little house" or "barn".

The primary attraction is the Parco Villa Reale, also known as the Villa Marlia, with gardens that are considered among the most beautiful in Italy.

Haven't visited yet? Have questions about Capannori? Ask them here! 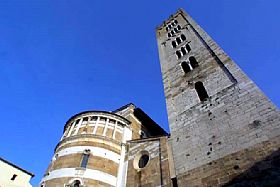 Lucca is a charming medieval walled town at the border, between the ancient Etruscan and Ligurian lands, whose origins date back to unspecified epochs. 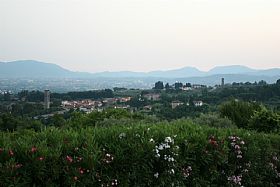 Segromigno in Monte sits in the tamed Tuscan hills near Lucca. 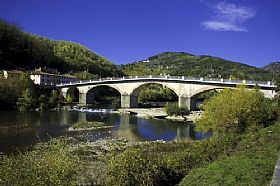