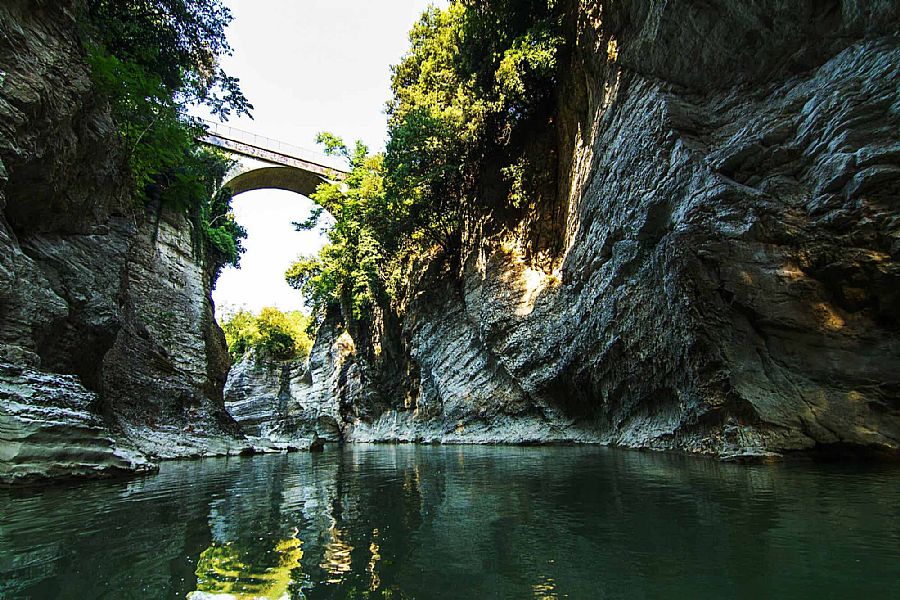 The Ponte Diocleziano is named for the original Roman bridge that once spanned the Metauro River here along the Via Flaminia. That one was replaced, a "modern" bridge was built in 1776. But that one was destroyed in WWII, and the current one was built in 1946. But the point isn't the road surface or the construction; the structure hangs over the sculpted canyons of the Metauro River, known as the Marmitte dei Giganti, and gives vantageous views of the beautiful and unique natural wonder.

Haven't visited yet? Have questions about Ponte di Diocleziano? Ask them here!

Rent a holiday home in Marche and travel like a local.