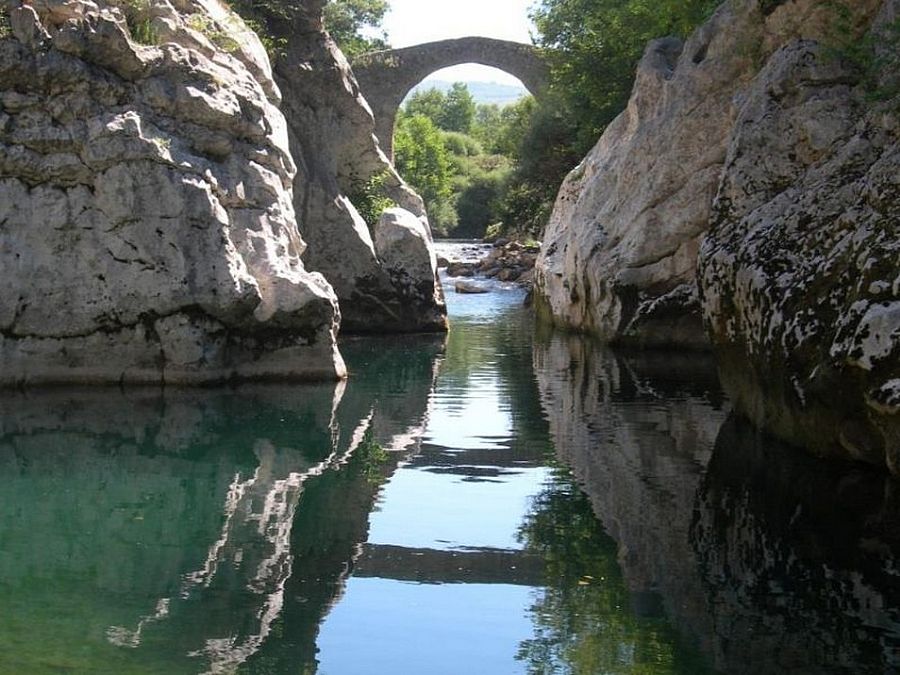 In the mountains of the Cilento National Park, the Calore River glides through rocky canyon-like gorges for outdoors fun. Whether you want to indulge in hiking the paths or want to get on the river itself in a canoe, kayak or pedal boat, there are loads of possibilities.

The town of Felitto is the hospitality center and where the best of the canyon experiences can be had. The town's organization Pro Loco Felitto and the Gole del Calore assocation organize outings, canoe rentals, guided torrentismo trips, and more. Start in the town of Felitto, then head down to the area called Remolino; kayaks and pedal boats can be rented without reservations, and guided river trips are offered. (Hours: 9:30 AM til 6:30 PM every day from June through mid-September.) They will also organize horse rides in the area.

If you want to hike all the sections of the gorges, there are five. The first is below Piaggine, under Mt Cervati. The secon is near Valle dell'Angelo, the area called Lazzine. The third is near Laurino, a gorge marked by thick vegetation. It fans out from there, then constricts into a canyon at the fourth spot, near Magliano Nuovo. From there, the gorge continues to (and beyond) Felitto. The Magliano Nuovo and Felitto sections are perhaps the most dramatic and most popular.